Read the review of this concert by The Washington Post

Read the preview of this concert by the Capitol Fashionista

Human Landscape Dance's work captures the humanness of larger-than-life characters. In one section of "Medusa," Heather Doyle performs a solo for the face and neck alone while a monologue describes the many things that are better about life as just a head. In "Aurora's Dream," Mary Szegda portrays Sleeping Beauty battling her demons during her long sleep.

We are joined by Code f.a.d. (film, art, dance), a North Carolina-based company directed by Autumn Mist Belk. In "Fashion Briefs," previously shown in Houston, New York, and across their home state, Code f.a.d. performs a collection of short dances (both live and in dance film segments) inspired by the lives and work of famous fashion designers: the new American gods. The work will feature segments about Calvin Klein, Vera Wang, and Louis Vuitton. The whimsical Dolce & Gabbana baseball-themed duet contains plenty of pitches, slides, and "safe" signs. 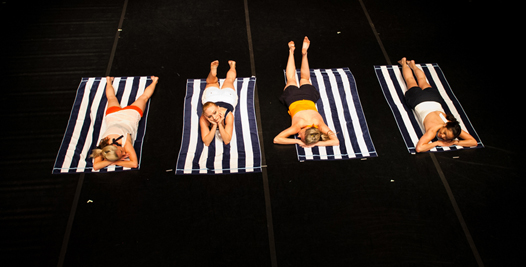 Aurora's Dream (premiere):
Human Landscape Dance’s “Aurora’s Dream” follows Aurora’s quest in her subconscious. In this dream/nightmare, she battles her personal demons in the shape of Prince Desire. They wrestle for dominance. Prince Desire, played by Alexander Short, knocks down Aurora, Mary Szegda, then falls on top of her. She pushes him off, and he curls her onto his lap. She pulls away, yanking him upward, as he digs in his heels, lowering her downward. Learn more about this dance.

Medusa (Washington DC premiere):
In Human Landscape Dance's rendition of this tale, we emphasize the challenge of having our lives run by capricious gods. Perseus’s beheading of Medusa is often considered heroic, but he is a pawn of Athena. He does not meet Medusa until he is clothed by the gods, down to his shoes, and his very hand is guided by that of Athena. Medusa is herself a victim of the gods. Poseidon rapes her in Athena’s temple. As a punishment, Athena transforms Medusa into a monster. In our dance, Perseus, wrapped in a half nelson by Athena, falls onto the stage. They roll, Athena flips Perseus upward, they land, and Perseus twists away again. Learn more about this dance. 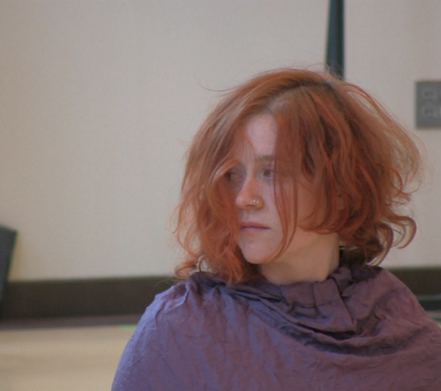 Human Landscape Dance is a contemporary dance company based in Washington DC. Our work has been described as "…pitch-perfect and an element of humor and suspense is subtly added…" (Philadelphia Inquirer). Our dances explore relationships: ways in which people connect, disconnect, make nice, be cruel, make love, or make space for themselves. Touch is our medium. Bodies mold together in unexpected ways: a leg stretched across a shoulder, a thumb pressing under a chin, or two bodies so entwined that one covers the other completely. The human dance of love, hate, parting, and supporting are played out in different degrees of touch. Founded in 2006, Human Landscape Dance has performed in Philadelphia PA, London UK, Halifax NS, and Prague CR.