“Moss” is a meditation on the passage of time. It depicts a field of grass being gradually overgrown by moss, green blades tightly interwoven with moss stems, until they cannot be told apart. Our dance also references mortality, mourners at a funeral waiting their turn to be part of the soil, and the consolations of companionship. 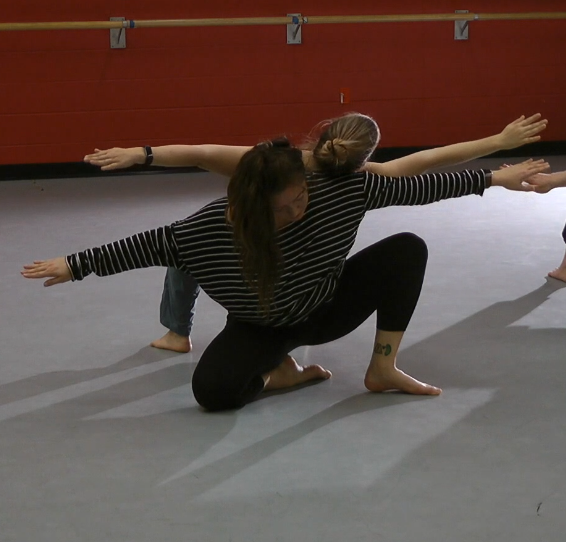 “Moss” was inspired by the Murin-An garden in Kyoto Japan. While touring this garden, I was struck by the long-term vision of the gardener, who had planted grass in the knowledge that it would be overrun by moss after his death. I was intrigued by this frank acknowledgement of mortality, and moved by this living legacy. My friend, Meyou Kobayashi, pointed out that the sky was considered part of the garden because of its reflection in the pond. Thus, the garden combines many seemingly disparate elements—earth, air, water—into a resonant whole. In this dance, I wanted to emphasize unity and harmony in movement, as well as the light tread of humans upon the Earth’s vastness.

Moss does not strangle plants in the manner that vines may be said to. It forms intimate layers, a kind of embrace that slowly comes to be too heavy. In translating this progression onto people, I sought a similar intimacy: bodies cradle one another, drawing each other forward over space, providing the only relief we may know despite encroaching time. 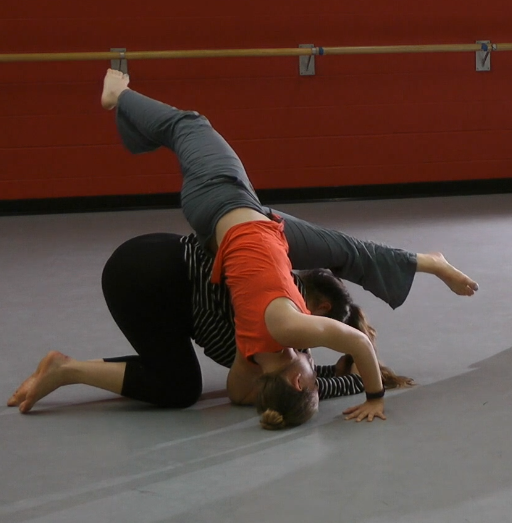 All things change. In moist, shady climates, such as the Pacific Northwest, moss spreads over all surfaces, coating trees, rocks, and ground. Our dance “Moss” depicts this process, dancers creeping over each other to spread and grow. Bodies create circular shapes, upper bodies fanning from side to side, as the sun arcs over the horizon. The cyclical nature of life is represented in rolling and twisting. At the same time, dancers make familiar, human gestures: a hand anchored by a shoulder, supported by a friend; one body enclosed by another, pressing down, rooting them to the spot. Our gestures connect the transformation of people over time, as we grow and change through our lives, as we live and die, to the continual metamorphosis of a landscape.

Bodies drag other bodies along, showcasing how we depend on one another to progress. Unison movements represent commonality: every body gradually transforms, shifting from state to state, morning through afternoon. Thus, we reference mortality, bodies proceeding through transformation to disintegration.

Human Landscape Dance will premiere "Moss" on Sunday June 10 at 1:30pm in Attune at the Shinpukuji Temple in Kameoka, Kyoto Prefecture, Japan.